Mental Disorders I Have Researched

I wanted to do a section on disorders I have researched before, so here you go. I might make another html page for each if I don't like the amount of room this page takes, but for now it'll be here. I also have some of these disorders myself, and have been wanting to write about them for awhile. Hope you enjoy. 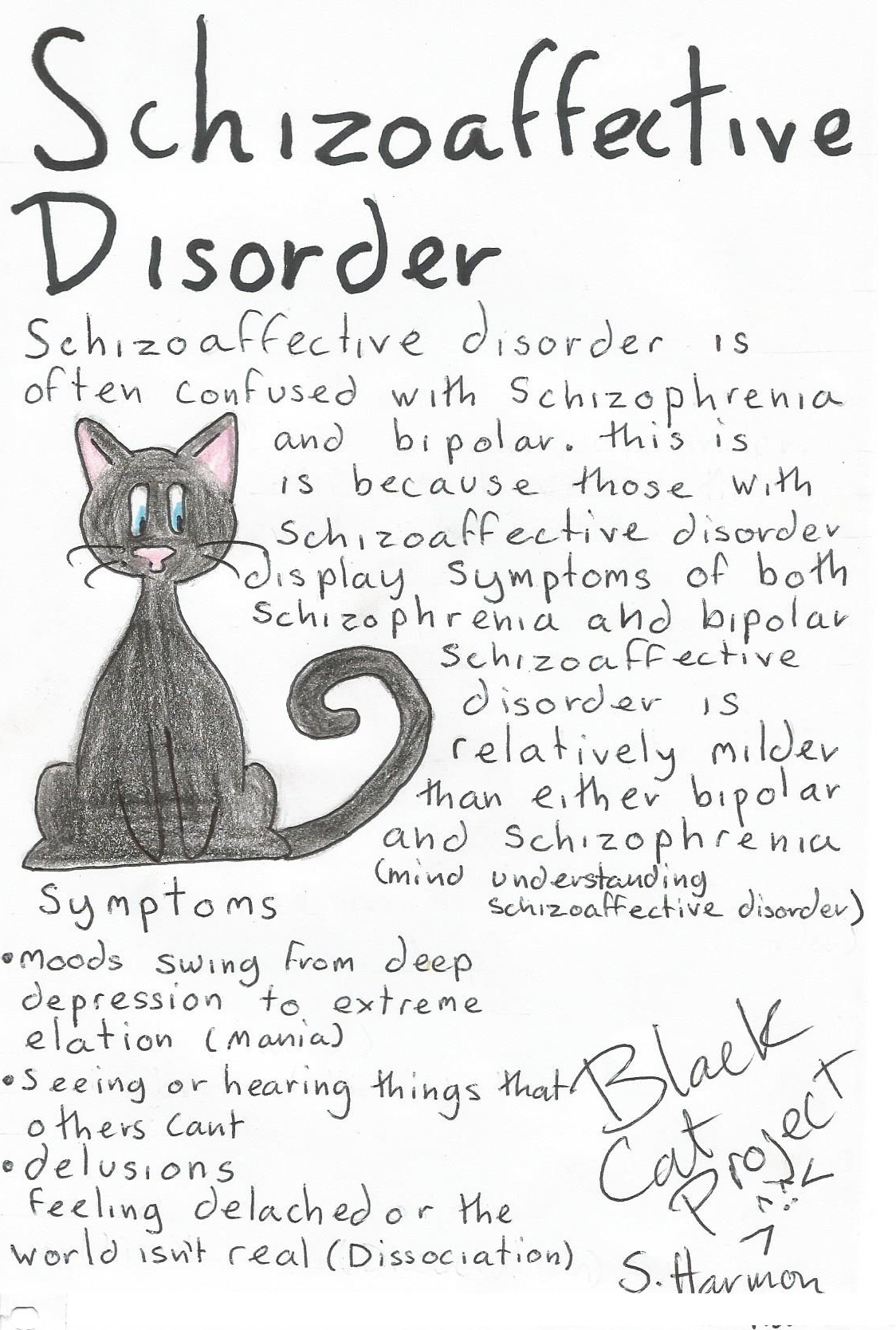 Schizoaffective Disorder is a mental health condition with combined symptoms of schizophrenia and
mood disorder, like depression or bipolar disorder, for instance. Symptoms may occur at any given time.
Schizoaffective disorder is common, with more than 200,000 cases per year in the U.S. It effects roughly 0.3% of the population. Periods of severe symptoms are usually followed by periods of improvement.

Ages 19-60 are the most highly affected age group of this disorder,
but people from 6-18 can also develop symptoms & eventually be diagnosed.

People with this disorder can also expierience:

How does it start?

Scientists and doctors don't know the exact cause of Schizoaffective disorder, but it is commonly thought to be linked to either genetics (heredity), brain structure, or both. Close reletives with Schizoaffective disorder, Schizophrenia or a mood disorder can add, double or even triple your chance of developing the disorder. Advanced paternal age at the time of conception can also cause a higher risk of developing Schizophrenia-spectrum disorders.

Research suggests several things: women are more prone to have this disorder then men, men develop it either eariler or later in life then women, but nothing is really confirmed just yet.

Dermatillomania (also known as skin-picking disorder or Excoriation Disorder) is a serious disorder in which the individual picks at their skin to the point of wounds or infections. It is not a very well known or understood condition, but 2-3% of the population actually suffers from it. Dermatillomania is classified as an impulse control disorder, and is linked/related to obsessive-compulsive disorder.

Dermatillomania is very common among teenagers and young adults, and women are more likely to be effected by it.